New bike in the family

So yea it has been a while since my last blog but that is life. My last posting about our ride to Harrison Idaho was basically the last time our motorcycles saw the light of day for several months. Well as the winter wore on Lisa decided it was time for an upgrade to a bigger cc bike. She looked for a few weeks at different metric cruisers and even sat on and listened to a really loud but bad-ass sounding HD Sportster 1200. I think if she had sold her Rebel and had the extra cash she would have rode that puppy home simply because of the exhaust note. It was a dark purple color and of course that is her favorite.


Months went by and she kept looking at different models. She really liked the look and style of the Honda Shadow ACE and the Yamaha V-Star. Craigslist became a daily habit for her looking at different models of the two bikes and checking specs to see what the seat height was. Her Rebel had a 27" seat and that was perfect for her really. So after weeks of this she finally had the cash saved up and was looking to spend a modest amount of money around $3500 or so. Now that she had the money it was time to get serious.
So in February Lisa was flying to Palm Springs to see her daughter and father. It just so happens I was looking on craigslist the night before she left and found a beautiful V-Star classic in the color she wanted. I showed the pictures to Lisa and she was really excited. I called the owner and asked about the bike and of course he claimed to have 3 or 4 people looking at it the next day. I told him I would pay asking price if he held it for me and that I would be there late afternoon. The Yamaha was about 300 miles away and I had to make some arrangements to pick it up. I go a hold of my dad and he wanted to go with me to help out.
I got up the next day and dropped Lisa off at the airport and grabbed my dad and headed towards Seattle. We arrived and we really happy with the bike. Dark purple and had aftermarket bags and windscreen. The best part though was the Vance and Hines pipes. Nothing beats the sound of a piped V-Twin.
I paid the guy and rode the bike to a local motorcycle shop and used their ramp to load the bike in my truck. We had to go over a high pass otherwise I would have been glad to ride it home. Great weekend and lots of fun surprising Lisa with her new to her bike. Have not done much riding as the weather is not cooperating but the miles she has put on it have been a lot of fun.

So early this spring Lisa bought her first road legal motorcycle. I made a quick post about her new purchase which is a 2006 Honda Rebel 250. It is black with some chrome and saddlebags bags and a windscreen. It had about 6000 miles on her and looked brand new. She has been riding as much as possible this year weather permitting as being a new rider is still a bit daunted by bad weather and quite simply just wants to ride when it is fairly nice out. She commutes to work quite often and has gotten well over 70mpg on the bike. This translates into almost two weeks of commutes on 2.2 gallons. 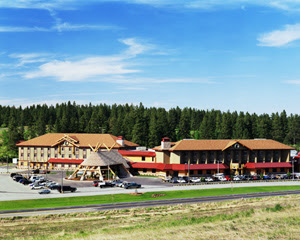 Last weekend Lisa was bound and determined to take a bit of a day trip since we were to have a nice day in October. She left the location up to me and I decided on going to Harrison Idaho. This town is about a mile square but is on the southeast tip of Lake Coeur D Alene where the sunsets are some of the most beautiful I have seen. They were having a small Octoberfest and thought it would be a fun ride to the little town. We headed out and rode the first 30 miles to the Coeur D Alene Casino and grabbed a quick drink and walked around the casino a bit. There were a lot of Harleys there as usual and I still find it funny the looks we get when she pulls up on that Honda and me on my KLR. We departed the casino and headed east into Heyburn State Park where the roads are windy and smooth. The speeds are reasonable and Lisa really showed how much better of a rider she has become over the summer. Smooth transitions between corners and nice throttle roll on coming out. The little Honda tops out around 70 or so and if there is a long hill maybe 65 so a few times it was interesting trying to get around some slow moving vehicles but she did really well. She has great vision while riding. I see her cover her brake when a car approaches an intersection and she always watches her mirrors closely when stopped.

So making our way to Harrison we stopped a few more times just to chat and enjoy north Idaho. When we got to Harrison it turned out to be a 80 mile jaunt and obviously 160 round trip. We had a nice meal in a local pub and soaked up the atmosphere of the day. I really can't remember a more beautiful day in October to share with a absolutely gorgeous woman on a motorcycle ride.
This was the longest ride to date for her and we plan many more. She is thinking maybe next year about moving up to a bigger bike and really piling on the miles or smiles as I like to say.
-Charlie-
Posted by Charlie at 9:28 AM 3 comments: Links to this post

Email ThisBlogThis!Share to TwitterShare to FacebookShare to Pinterest
Older Posts Home
Subscribe to: Posts (Atom)
I am a

A little bit of me. 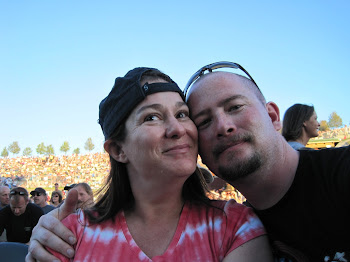